The Manchester Literary and Philosophical Society, founded on 28 February 1781, is the second oldest learned society in Britain. Many of the founding members were medical men, resident in the King St-Piccadilly area of the city; the earliest meetings took place in a room in the original Cross St Chapel, but in 1799 the Society moved to 36 George Street, which remained its home until the Blitz of 1940. From 1960-1980, the Society enjoyed the facilities of its rebuilt home, but since 1981 has not had its own premises; today it operates from an office and small library on Deansgate. 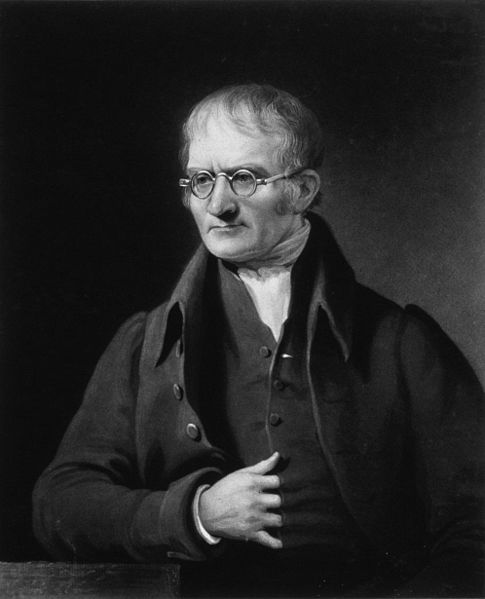 By the 1860s, membership had expanded to over 200 and included prominent merchants, engineers, and manufacturers. Women were not admitted to membership until the beginning of the 20th century. Many famous scientists, engineers, physicists and mathematicians have been members of the Society, the most famous being John Dalton, the ‘father of modern chemistry’, a member from 1794 until his death in 1844. Much of his original research was done in a laboratory at the Society’s George Street House.

However, the membership has never been exclusively scientific or academic. Today, a wide range of professional as well as academic backgrounds are represented in the membership and there is a good male-female balance.

Because of the Blitz, lack of permanent large premises, changing methods of publishing and availability of information, the Library is much smaller than in its 19th-century heyday, but it still contains a complete set of the Society’s Memoirs and Proceedings from vol I, 1785 as well as various drawings and other material. Most of the surviving artifacts, Dalton manuscripts, and similar are available for consultation at either the University of Manchester John Rylands Library, the Science Museum or MOSI. The Hon Curator & Librarian is always pleased to help with historical inquiries about the Society or its membership.

A sketch of the former Lit & Phil headquarters on George Street

Meetings are held weekly from October to May by people distinguished in their particular fields of interest. Following the lecture, supper is normally available for members, providing an opportunity to meet fellow members and the lecturer. Entry to lectures is free to members of the public but a donation is requested. Since 1921, the Society has further promoted public knowledge by providing a number of lectures throughout the year for young people of the North West including primary and secondary school students. These lectures, often illustrated by experiments and exhibits, play a vital part in stimulating an interest in science and other subjects including the arts, media and sport. Some meetings are in the form of interviews or seminars that allow the presentation of different views and include discussion of controversial topics.

During the season the Society normally holds a number of special lectures. Many of these are named after illustrious members or sponsors. The two most important named lectures are:

The Manchester Lecture – This was inaugurated in 1988 in association with BBC North. The lecture has been delivered by several notable people including H.R.H. The Princess Royal, the Rt. Hon. Michael Heseltine, Rt Hon. Lord Barnett and the Rt Hon. Christopher Patten.

Ernest Rutherford, PMS Blackett, JJ Thomson, Lawrence Bragg, Dorothy Hodgkin, Cyril Hinshelwood and Harry Kroto are among the Nobel Laureates who have given the Dalton Lecture and received the Dalton Medal. The latest recipient was past President of the Society and Astronomer Royal, Lord Rees.

The other named lectures are the Courtauld, Kilburn, Cardwell, Percival and McCurdy.

Find out about what membership entails and how to join.

The aims of the Society and how it is organised.

Do you know any 6th form #students who would be interested in this event? Registration is free and our YP events ge… https://t.co/Odjz9dGkvO
@manlitphil