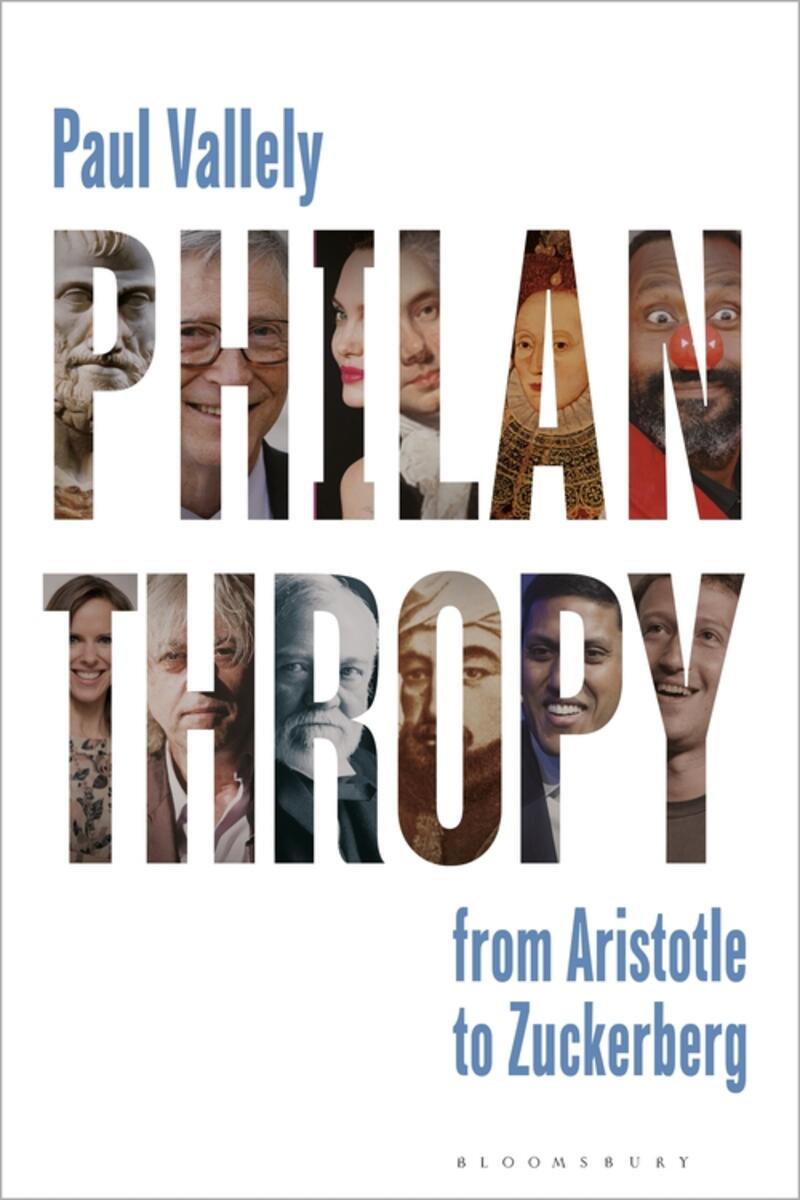 Philanthropy - from Aristotle to Zuckerberg

The super-rich are silently and secretly shaping our world through philanthropy – an increasingly powerful force in our world. Best-selling author Paul Vallely reveals how this far-reaching change came about in this talk which traces the history of Giving and shows how that has impacted on contemporary philanthropy. Vivid with anecdote and scholarly insight, his talk – which ranges from the ancient Greeks to today’s high-tech geeks – provides an original take on the history of philanthropy. Based on his new book Philanthropy from Aristotle to Zuckerberg, his narrative will move from the Greek citizen donor and Roman patron, via the Jewish prophet and Christian scholastic – through the Elizabethan machiavel, Puritan proto-capitalist, Enlightenment activist and Victorian moralist – to the ‘robber-baron’ philanthropist, the welfare socialist, the celebrity activist and today’s wealthy mega-giver. In the process it shows that philanthropy lost an essential element as it entered the modern era. When is philanthropy a mere reputation-launderer or a tool of political manipulation? And when is it an act of genuine altruism and social good? Are the rich sufficiently accountable for the way they use their cash? Can philanthropy address issues of inequality? Is philanthropy bad for democracy? Paul Vallely will question the excessive utilitarianism of much modern philanthrocapitalism – and points to how philanthropy can rediscover its soul in our post-pandemic world. The publishers Bloomsbury are offering a discount on Philanthropy from Aristotle to Zuckerberg (published 17 September) to Lit&Phil members since the Robert Owen’s 1795-6 contributions to the Lit&Phil feature in the book.

“The definitive book on philanthropy –  a deep and probing study of an increasingly powerful force in our world,” JOHN GRAY Emeritus Professor of European Thought, London School of Economics

“Good books lay out the lie of the land. Important books change it. This book does both... Paul Vallely insists that giving needs to restore its spiritual dimension whereby the giver respects the one who receives,” GILES FRASER priest and philosopher

Paul Vallely is a writer and consultant on religion,  international development, and business ethics.

He is the author of the internationally-acclaimed best-selling biography Pope Francis - Untying the Knots.  and its sequel Pope Francis - The Struggle for the Soul of Catholicism.  His latest book - Philanthropy - from Aristotle to Zuckerberg - from which this lecture gets its name, was published on the 17 September 2020.

He is Visiting Professor in Public Ethics and Media at the University of Chester and Senior Honorary Fellow at the Global Development Institute at the University of Manchester.  He has worked in newspapers, broadcasting, with aid agencies, government and church organisations for more than two decades. He has produced award-winning reports from more than 30 countries in the developing world.

He was seconded to Tony Blair’s Commission for Africa and was co-author of its final report. He worked with Bob Geldof, deciding how to spend the money raised by Live Aid, advising at Live 8 and lobbying the negotiators and heads of government at the Gleneagles G8 summit with Geldof and Bono. He has also chaired the Catholic Institute for International Relations (now Progressio) and advised Christian Aid and Cafod.

He has been chair of Traidcraft, the fair trade organization which markets Third World goods in the UK and pays fair prices to their producers. He advises Waitrose supermarkets as a member of its board of Corporate Social Responsibility.

He has been an adviser to the Archbishop of Canterbury and an editorial adviser to the Catholic Bishops Conference of England and Wales. He is an expert in Catholic Social Teaching - 100 years of attempts to find a third way between unregulated capitalism and state-directed socialism - which offers insights for new thinking in the 21st century.

He is a former executive editor of the Independent on Sunday and leader-writer on The Independent. He edited the Sunday Times News Review. He is now a consultant on policy and communications and writes for the New York Times, the Guardian, the Sunday Times, and the Church Times where he has a weekly column on political, social, and cultural issues. He is a director of The Tablet.

He has written a number of books the latest of which is Pope Francis - The Struggle for the Soul of Catholicism. Others include Pope Francis - Untying the Knots and Bad Samaritans: First World Ethics and Third World Debtand Promised Lands, a study of land reform in the Philippines, Brazil and Eritrea. He is the editor of The New Politics: Catholic Social Teaching for the 21st century and A Place of Redemption: a Christian approach to punishment and prison.