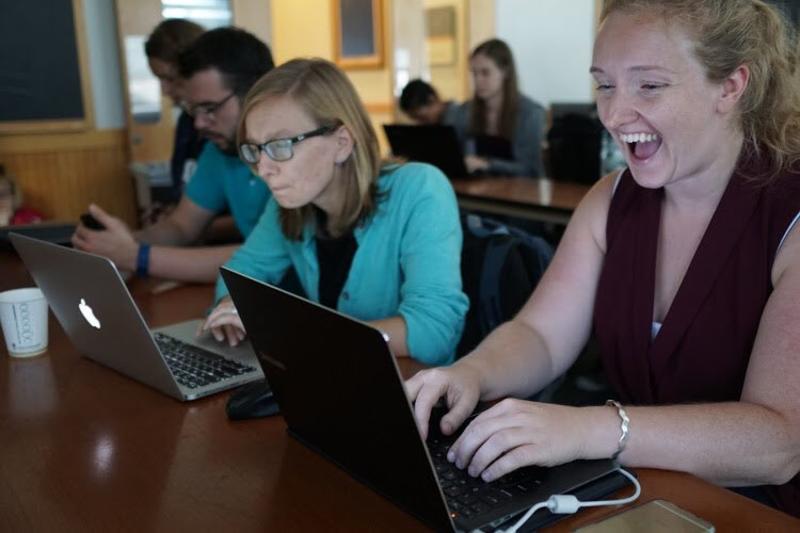 There are no adults: My journey to realising that no one has a plan!

Dr Kirstie Whitaker of the Turing Institute will be discussing her fascinating career journey with Tea Milanovic, a pupil from her former school, Withington Girls’ School. Event attendees will be able to ask questions during a live Q&A after the discussion. This event is part of our programme for Young People, rescheduled because of coronavirus; it promises to be very relevant to students who are beginning to consider their futures beyond the sixth form. The event will be more conversation than lecture.

Kirstie Whitaker leads the Tools, Practices and Systems research programme at The Alan Turing Institute (London, UK).  After leaving Withington Girls' School in 2001 she was awarded a BSc with first class honours in Physics from the University of Bristol and then an MSc in Medical Physics from the University of British Columbia in Vancouver, Canada. She completed her PhD in Neuroscience at the University of California, Berkeley in 2012 and her postdoctoral work was conducted in the Brain Mapping Unit at the University of Cambridge from 2012 to 2017. Her work covers a broad range of interests and methods, but the driving principle is to improve the lives of people with mental health disorders. Kirstie is a passionate advocate for making science "open for all" by promoting equity and inclusion for people from diverse backgrounds, and by changing the academic incentive structure to reward collaborative working. She is a Fulbright scholarship alumna and 2016/17 Mozilla Fellow for Science. Kirstie was named, with her collaborator Petra Vertes, as a 2016 Global Thinker by Foreign Policy magazine. You can find more information at her lab website: whitakerlab.github.io.

Teodora Milanovic recently culminated her education at Withington Girls’ School and in the autumn will be embarking on a degree in Chemistry at Imperial College London. Over the course of her time in Sixth Form she has participated in the Gold Crest Award programme and achieved Gold awards in the British Chemistry and Biology Olympiads. Having been awarded an Arkwright Engineering scholarship she is already taking steps to build her future career in the arena of science. She was accepted into McKinsey’s Leadership Academy 2020 as one of a hundred pupils that will receive mentorship over the next two years. Her involvement in Model United Nations as her school’s conference director and Secretary General has spurred a great interest, like Kirstie, in the imperative nature of inclusivity in science.