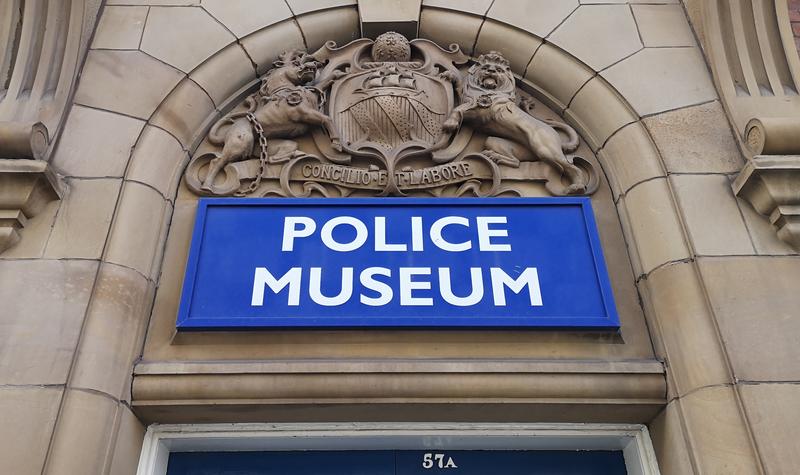 As an introduction to the lecture later in the evening “Crime and Punishment - Why do we punish offenders?”, the Manchester Lit & Phil has organised a private tour of  The Greater Manchester Police Museum and Archives for its members.

Located in the historic Northern Quarter of Manchester, the museum was one of the city's earliest police stations and has been lovingly restored to reflect the reality of policing in the late 1800's/ 1900's. See where Manchester's criminals were charged, fingerprinted and discover the cells that were often packed with twelve men on a busy night. Admire the polished wood panels and stained glass in the Magistrates Courtroom and experience how inmates would have felt standing in the dock!

Described as 'One of the city's best-kept secrets is this superb museum' by Lonely Planet - Great Britain 2009, The Greater Manchester Police Museum and Archives enables you to experience what life was really like for officers, in what was once a busy Victorian Police Station. You’ll also see how times have changed and how policing has evolved to meet today’s needs.

You will be guided around the museum by one of the Museum knowledgeable volunteers, many of whom are retired police. The tour will last one and a half to two hours.

The museum has toilets, a small cloakroom and an on-site shop.

This guided tour is free but donations to the Museum are welcome.

Due to the age of the building the Museum has a lift to the 1st floor but this cannot be used in the event of a fire. Therefore, all visitors to the 1st floor must be able to vacate the premises independently or with aid using the stairs in the event of a fire.  If you think this may affect you then please let the Office know, as the Museum will need to provide you with a Personal Emergency Evacuation Plan or PEEP.