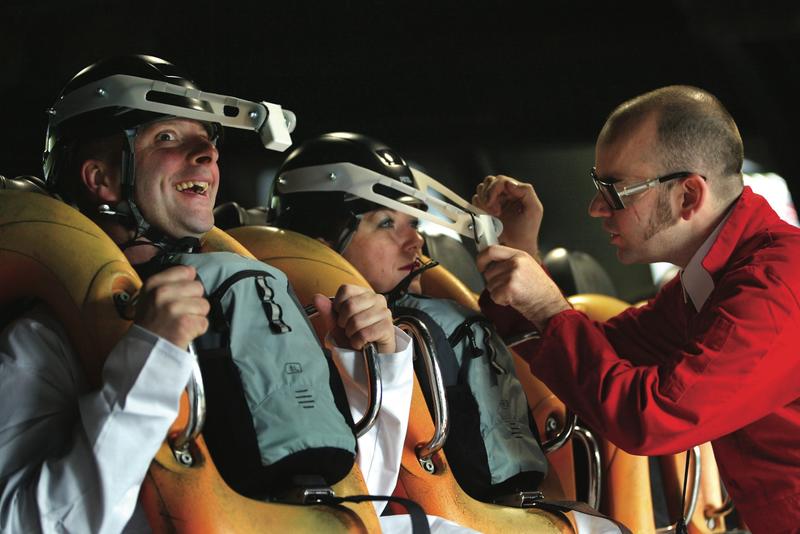 Many people are passionate about theme parks, roller coasters, and thrill rides of all sorts. But did you know there's both an art and a science to creating these thrilling adventures in real life?  Talking about everything from psychology to the set design needed to create these intricate ride experiences is thrill engineer Professor Brendan Walker. Reflecting on examples from history, and from his own thrilling creations from over the last fifteen years, Brendan will take you on a journey to discover why the world's earliest loop-the-loop coasters had nurses on permanent standby; exactly how far you need to be dropped in the pitch black for it to become terrifying (a calculation Brendan performed for Alton Towers’ ride Thi3teen); and why you might enjoy it so much. Brendan will also reveal The Walker Thrill Factor – a formula for assessing the emotional efficiency of a machine to deliver a thrilling experience (or “how good is your roller coaster?)

Brendan Walker is a Renaissance Showman - a technology-inspired performance artist described by The Times as "the world's only Thrill Engineer". His multi-faceted Thrill Laboratory experiments and performances have provided popular entertainment for audiences from the Science Museum to Alton Towers, and featured at Tate Modern, V&A and MoMA. Brendan originally worked as an aeronautical engineer at British Aerospace Military Aircraft in Preston, before retraining and working as a Designer at the Royal College of Art. He now runs Aerial, a design practice specialising in the creation of tailored emotional experience, with clients such as Durex, Nissan, Merlin Entertainment, and Royal Caribbean. Brendan is also Professor of Creative Industries at Middlesex University, and a regular broadcaster, most recently presenting Invented In The Midlands, as part of the BBC's latest Tomorrow's World season. In his current venture, Studio Go Go, Brendan is using virtual reality to turn “good rides, into extraordinary experiences”.

UPDATE 17/01/2020: As final supper numbers have now been confirmed with the venue, 'lecture and supper' tickets are no longer available.