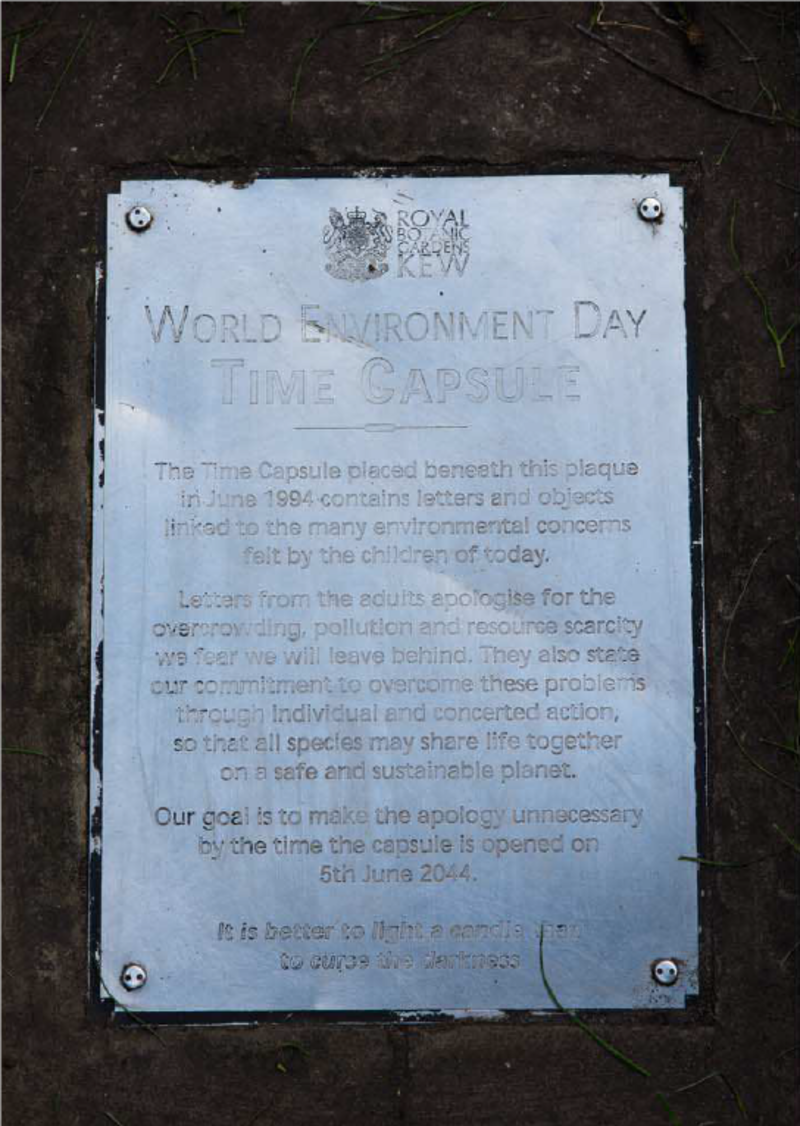 Environment Time-Capsules (Eco-TCs) were buried in 1994 in the Botanic Gardens at Kew, Ness, and in South Africa, the Seychelles, Mount Annan near Sydney and in Mexico.  These were designed as a Warning, an Apology and a Promise.

Generally, time capsules record a particular time and place for posterity and are buried without any future date for ‘unburying’ in mind; these were different.  An environmental activist since medical school days, I had seen in 1992 the World Scientists Warning to Humanity signed by the majority of Nobel laureates in science.   Then I heard that well-known saying “We have not inherited the earth from our grandparents, we have borrowed it from our grandchildren.”  I reckoned that, living 50 years ahead. “...our grandchildren” would be furious if we continue to wreck their “loan”.  As a result our Apology was addressed to 2044.

So what do these Eco-TCs contain?

· Many relevant artefacts of the day, labelled as:

- Ecologically BAD eg. an ozone-layer damaging CFC aerosol - substituted for, worldwide since ‘94, an eco-success, truly an example to be followed!  Also some fossil fuel in a sealed jar

- GOOD such as my cycle pump

- Environmentally CRUCIAL, represented by a pack of contraceptive pills with a label explaining that some of us in 1994 saw population growth as the “upstream” driver for all threats to the planet’s future and hence the necessity of contraceptive care - delivered wisely and compassionately - for humans. This is the third, and ever since neglected, Factor P for Population in the Ehrlich-Holdren equation of 1971: Eco- Impact I=PxAxT .  (This will be fully explained and expanded upon in the lecture).

· Also in the time capsules worldwide were letters and poems and pictures produced in a competition entered by hundreds of schoolchildren together with ‘adult’ letters apologising to the Future about “disruptive climate change” long before this was a common concern.  They also apologised for “the extinction of numberless species” through habitat destruction and about many other ways that, by 2044, we grandparents feared we would most probably have trashed their ‘loan’.

BUT ALSO we did not, and do not, just wring our hands and apologise.  Our Promise? was to work towards ”...changing hearts, minds and policies before it’s too late.” - with the explicit ultimate objective of achieving long-term sustainability so that, against the odds, ‘sorry’ would not need to be said in 2044!  See www.ecotimecapsule.com.

John Guillebaud is Emeritus Professor of Family Planning & Reproductive Health, UCL and formerly Medical Director of the Margaret Pyke Centre.  Born in Burundi, he still makes support visits for healthcare professions in Africa (Central and South).  He lectures and consults nationally and internationally on environmental sustainability, population and contraception.  Professor Guillebaud is author/co-author of circa. 300 publications on these subjects including nine books available in 10 languages. 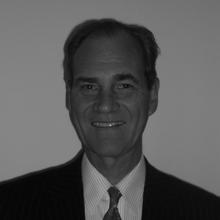 UPDATE 06/12/19: As final supper numbers have now been confirmed with the venue, 'lecture and supper' tickets are no longer available.

YPs will have the opportunity to ask Prof Terry Callaghan about this at our online event next week! 'The Changing A… https://t.co/op2HkWL59N
@manlitphil