Since the industrial revolution and the world’s first passenger railway services transport has played a critical role in shaping Greater Manchester and the lives of people living in the conurbation.

Over the past twenty years transport investment has been central to the rapid growth and reinvention of the city-region; this includes the renaissance of Manchester city centre supported by huge investment in the Metrolink network (the largest light-rail system in the UK), the rapid growth of Manchester Airport as a critical international gateway to the North of England and the current focus on revitalising town centres such as Bolton, Altrincham, Rochdale and Stockport through investment in new transport interchanges and Metrolink services and providing a more attractive environment for walking and cycling.

Over the coming decades Greater Manchester’s transport system faces some even bigger challenges such as how we cater for a growth in travel as our population increases to around three million people (which equates to an additional 800,000 journeys every day on the transport network), how we provide good transport access to jobs and education for those living in the most deprived communities without access to a car and how we make dramatic reductions in carbon emissions and air pollution from transport.

This lecture will provide an introduction to Greater Manchester’s ambitious plans for tackling all of these major challenges as set out in a new, long-term transport strategy covering the period to 2040.  The strategy focuses on how we can deliver a more joined-up, reliable and sustainable transport system that meets the needs of both current and future generations.

Ian Palmer is Head of Modelling and Analysis for Transport for Greater Manchester (TfGM), and has worked in the transport planning part of GMPTE /TfGM since 2003.

His role extends beyond transport modelling, and he has worked alongside Nicola Kane, the Head of Strategic Planning and Research at TfGM, on the 2040 Transport Strategy and is currently leading the development of an overall funding solution for the GM Infrastructure Programme, which includes transport. 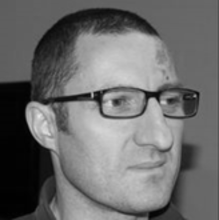 20/09/2019 - Update about the speaker: It is with regret that we have to announce that Nicola Kane, the original speaker for this talk, is not able to deliver it for personal reasons.  However, we have been advised that Ian Palmer, who works alongside Nicola Kane at Transport for Greater Manchester, will be able to address the Society in her place. We are very grateful to him for stepping in at such short notice.

01/10/2019 - Please note, supper numbers have now been confirmed with the venue, 'Lecture and supper' tickets are no longer available.

03/10/2019 - Tickets are not available online anymore but there are still tickets available for this event so you are most welcome to attend the lecture. On arrival, please head to the Manchester Lit & Phil registration desk.

Thanks very much Craig and Gemma! We really enjoyed listening to the podcast. https://t.co/9J4RAeTQeo
@manlitphil