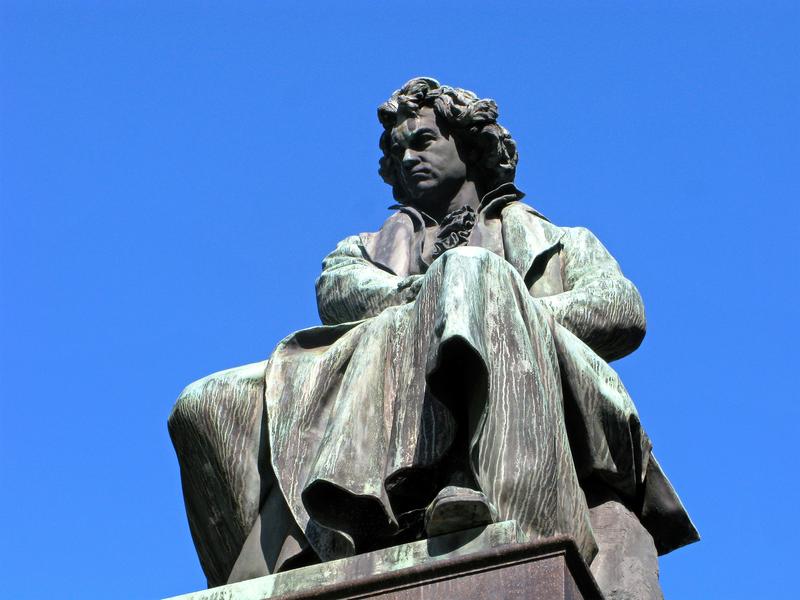 *UPDATE 13/01/2020 - Due to unexpected circumstances, we very much regret to inform you that this lecture has been cancelled.  We hope to hold the event at some point in the near future and will make an announcement once we have booked a new date with the speaker.  If you have purchased a 'lecture and supper' ticket, you will receive a full refund via bank transfer or a credit note to use for your next booking.*

Beethoven’s Ninth Symphony is arguably the most famous piece of classical music ever written, as is shown by the frequency and stature of the occasions on which it is performed: it is the only symphony performed at least once in every single season of the BBC Proms, it was the piece chosen by the incoming Chief Conductor of the Berlin Philharmonic, Kirill Petrenko, to commemorate the start of his tenure in 2019, it was the work famously conducted by Wilhelm Furtwängler to mark the reopening of the Bayreuth Festival after the trauma of the Second World War and by Leonard Bernstein to celebrate the fall of the Berlin Wall.

The symphony’s iconic status is unquestionably linked to its historical importance as the first symphony to set a text: we interpret Beethoven’s decision to set Schiller’s ‘An die Freude’ as a desire to convey a message through music. But if there is agreement that the ‘Ode to Joy’ and the symphony as a whole have an extra-musical meaning, there is little clarity about what that meaning actually is, as is demonstrated by the variety of political uses to which the work has been put: in Soviet Russia it was treated as a song of triumph for the struggling working class, in Nazi Germany it was used to convey the idea of German supremacy, while for the nascent European Union, the final movement was perhaps the only possible choice as its official anthem.

In the year of the 250th anniversary of Beethoven’s birth, this lecture will take a fresh look at his most celebrated work, myth, music and message. How can we disentangle the myriad of interpretations that have been made of the piece since its premiere in 1824? What are the musical features that made it so startling in its time and so influential for Beethoven’s successors? And in an era of political crisis and impending environmental catastrophe, can we continue to draw a message of hope from its words and music?

Michael Downes became the first full-time Director of Music at the University of St Andrews in 2008, having previously held a similar post at Fitzwilliam College, Cambridge. He studied English and Music at King’s College, Cambridge and completed a doctorate on the music of Debussy at the University of Sussex. He conducts a variety of groups, including the St Andrews Chorus, Scotland’s largest choral society, and Byre Opera, which mounts fully-staged productions across Scotland each summer. He lectures on music and opera for many of Britain’s leading companies, and across Europe for Martin Randall Travel. He is a regular programme annotator for Wigmore Hall and Snape Maltings, and his publications include the first full-length study of contemporary British composer Jonathan Harvey.